Greetings all! So I wanted to post something quickly before I head to London tomorrow, and then finally home on Tuesday. I’ll have more to write, and some reviews of the papers from the Tech4Dev conference later this week when I can sit with the conference proceedings and give the papers a good review. I also got to hang out with Ivo Bottcher while I was here; he’s a young researcher of participatory and crisis mapping from the University of Hannover who recently spent time in residence at the Harvard Humanitarian Initiative, and is good company both for a discussion of crisis mapping and a beer along Lac Leman.

For those who have never been to Geneva, I suggest taking a few days and exploring.  It’s a lovely city, hosts a very large United Nations compound, and is terribly scenic: 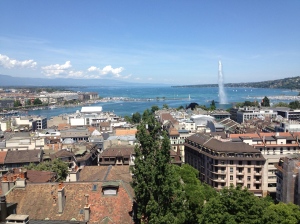 They were also hosting a fantastic set of European political cartoons as an exhibit along the Lake Geneva, this one being my favorite, mostly because of the ICT angle: 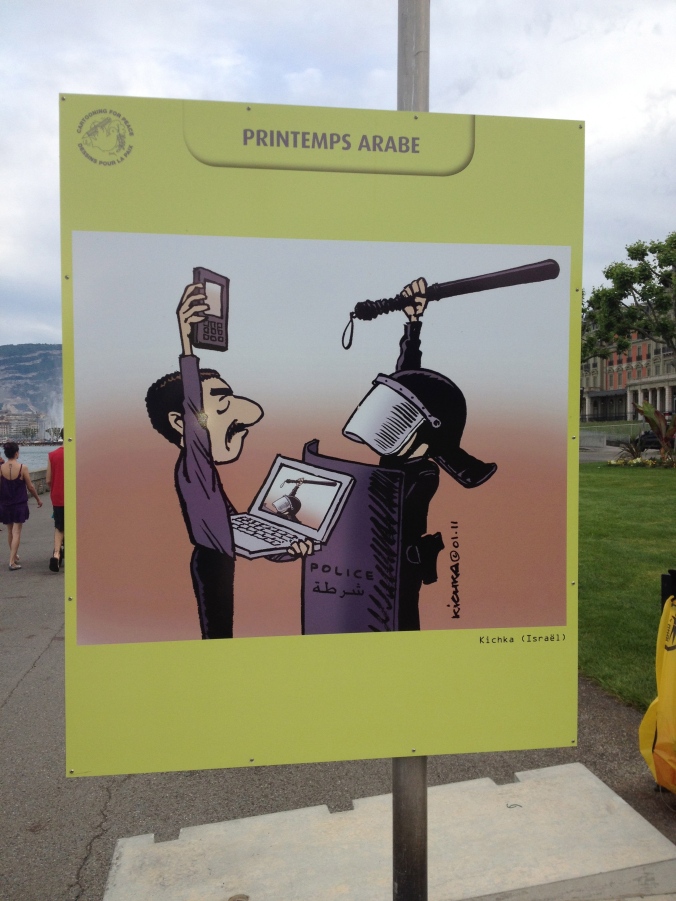 I’ll do a Tumblr-style post this week of the other cartoons I took photos of.  They were certainly different than the art you usually find along water fronts.

Something else that was interesting about Geneva is the lack of renowned landmarks.  The nothing like the Arc d’Triomphe or Brandenburg Gate to speak of.  While this was initially puzzling, I realized that these great monuments symbolize great victories on the battlefield. Switzerland hasn’t fought a war in hundreds of years.  It made me think of the value we put on memorializing warfare, and the lack of value we put on memorializing and valorizing peace.

There will be more to come this week, it’s been a good trip!

2 thoughts on “Wrapping up in Geneva”

This site uses Akismet to reduce spam. Learn how your comment data is processed.